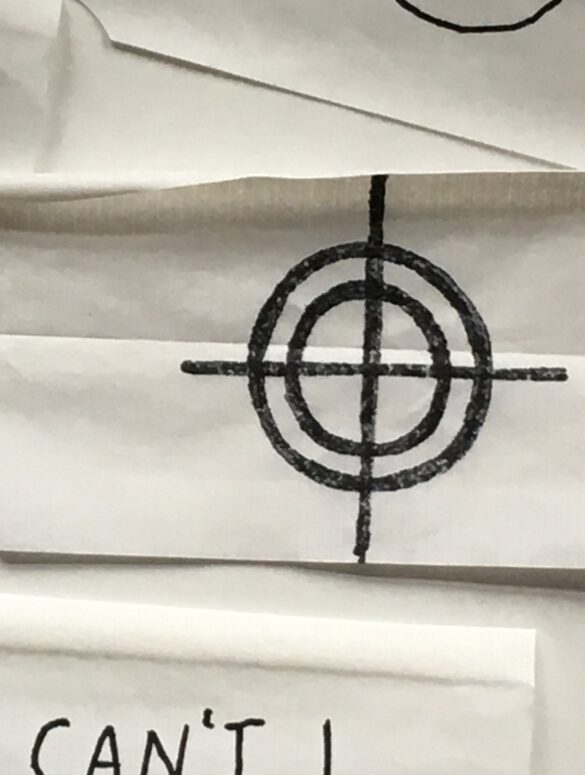 The one about the fish

The other White Flaggers have stopped talking and are watching the two men sort of just awkwardly stand there, the biker embraced from behind and straddling his throbbing hawg. The guy’s got on leather spats and a leather vest with no shirt, and Gately notices the guy’s got a jailhouse tatt of AA’s weird little insignia of a triangle inside a circle on one big shoulder. Robert F./Bob Death asks Gately if by any chance he’s heard the one about the fish. Glenn K. in his fucking robe overhears, and of course he’s got to put his own oar in, and breaks in and asks them all if they’ve heard the one What did the blind man say as he passed by the Quincy Market fish-stall, and without waiting says He goes ‘Evening, Ladies.’ A couple male White Flaggers fall about, and Tamara N. slaps at the back of Glenn K.’s head’s pointy hood, but without real heat, as in like what are you going to do with this sick fuck.